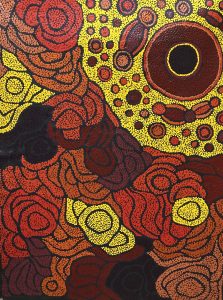 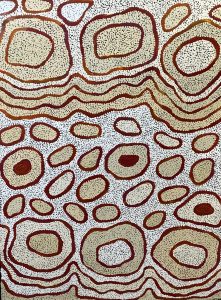 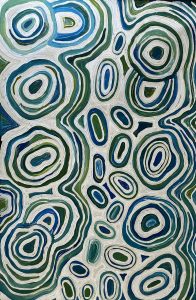 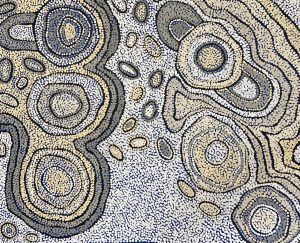 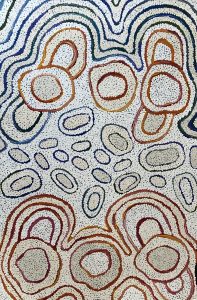 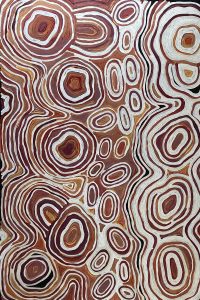 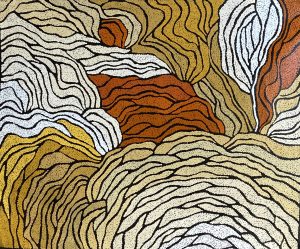 Nellie was born circa 1976 and belongs to the Pintubi Mob from the Kintore area in Central Australia. Nellie has learned the Dreamings of her family ever since she was a small child. Nellie is the custodian of Dreaming stories from her father’s and her grandfather’s country which lies to the east of Kintore in the Northern Territory. Her Dreamings have been handed down from generation to generation for many thousands of years. Her subjects are primarily

Nellie is naturally a quiet and shy woman, however, her association with other famous artists has given her the confidence to enter into wider society so that she may now show the world her culture and her Dreamings as a successful artist.

Nellie and her sister, Elizabeth Marks Nakamarra are now sought after artists gaining popularity within Aboriginal art circles and her artwork can be found in galleries throughout Australia.